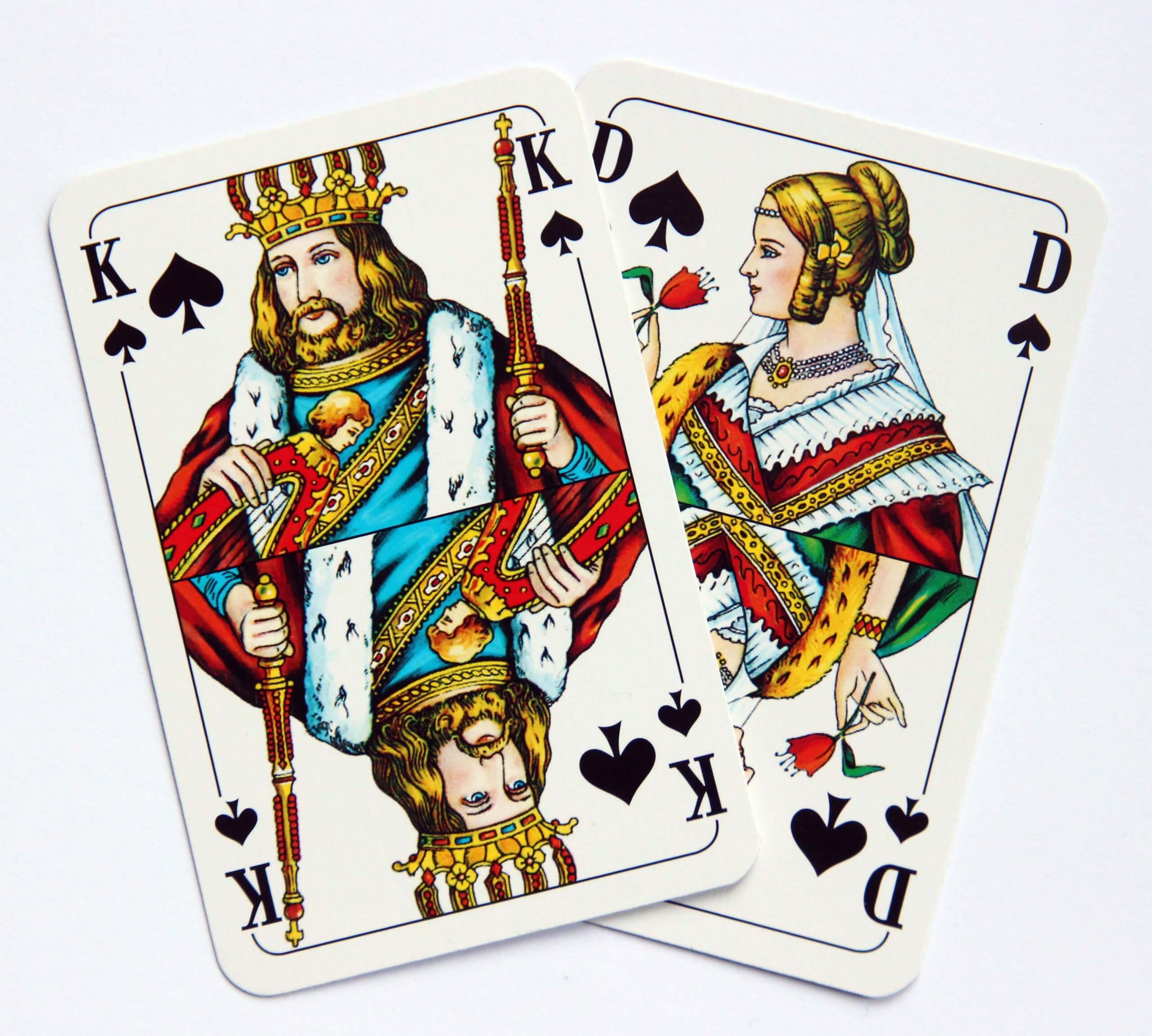 Marriage- The Card Game Not the Nuptials!

Marriage is a card game similar in style to rummy, but with a few differences that make it stand apart and offer a game play style all of its own. It is not offered as a gambling game in most casino venues, due mostly to the fact that it is not overly popular beyond Nepal. In that area, however, the game has a large fan base of enthusiasts who can be seen enjoying the game all year round, and especially during Hindu festivals.

The game is played with three full decks of fifty two cards, using a total of one hundred and fifty six cards, and can have two to five participants during a single game. The average length of a game can vary, but the game is generally played slowly and methodically, and is not meant to be rushed as with some other card games. Those who understand rummy will be able to jump into the game almost immediately, but there are a few key points that should be explained in advance.

In Marriage the aim of the game is to create sequences using same cards, or cards that run in sequence. For example, a sequence may consists of three sixes, or of five, six and seven. The main difference between Marriage and Rummy then, is that in this game sequences consist only of three cards. A system is also used by which a joker card is decided in advance, referred to in this game as the tiplu. All cards of the same rank as the tiplu are also used as a joker, plus the card directly above and below the tiplu.

A joker, of course, may stand in as a substitute for any other card, allowing the player to make a combination where none was previously possible. If making a sequence using a joker, however, that sequence will have a lower score value then a combination made with all three cards. Once the game starts the players may begin to make sequences as is possible, drawing more cards as sequences are put down. The game continues until all players have no cards in their hands. It is important to note that the player who has empty hands first is not the winner, but rather the player who has the best sequences on the table.

The winner of Marriage is the one who has the highest score. In determining score, a system is in place to decide which sequences have the highest value. Pure sequences, not using jokers, will always be more valuable. Likewise, a sequence created of identical cards is of higher value. Interestingly, however, the most valuable sequence in the game is one that uses the tiplu, as well as the card directly above in rank, and directly below, so a sequence made of all jokers. This is what is referred to as a Marriage sequence, and is not only difficult to get, but is also the quickest way to become the winner of the game. More detailed rules for the game can easily be found online.